Every member of our staff has been chosen very carefully. Not only must each staff member possess excellent customer service skills, basic business knowledge and comprehensive technical knowledge but also some of our key team members have something found very rarely in the travel software business, an extensive background in the tour and travel industry. These team members have front-line and management experiences with group tour as well as travel agency operations. This gives you a powerful advantage. When you talk to us about your business, we understand. We know what you are talking about. We can advise and show you how to utilize TourTools® features that give you the greatest advantage and efficiency in your day-to-day operation as well as those that speed the growth of your company. 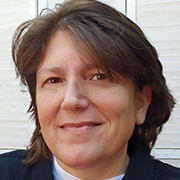 Arin has over 25 years of FileMaker experience and is FileMaker certified. She has a B.S. in Information Technology with concentrations in web development and project management and an MBA in data analytics.

Arin is also a U.S. Navy veteran, having served one tour during the Desert Storm Era as a Weapons Tech in Guam, M.I., San Diego CA, and Virginia Beach VA. After leaving the military at 22, she attended travel school and spent 3 years as a travel specialist for several agencies and scuba diving resorts in the Caymans and Honduras.

Outside of work, Arin volunteers as webmaster for Connecting Hearts Ministry, an organization which supports the sponsorship of children in Guatemala. Arin is also a singer/songwriter, plays guitar, enjoys Scrabble, reading, live music, camping and spending time with her dogs. 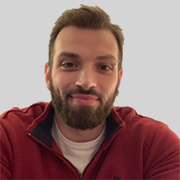 David was born and raised in Cincinnati Ohio. He has been doing FileMaker and Web Development for a little over a decade. David attended Hocking College and ITT Tech University for Web Development/Software and E-Commerce. David is also a musician and singer/songwriter and has been writing his own music and playing in bands in Cincinnati since he was 15.

David loves traveling throughout the United States hitting the National Parks that he has not yet checked off of his bucket list. In the development world, he loves working on TourTools Online and web integrations with FileMaker software. David’s knowledge of web development as well as FileMaker development and scripting allows him to create innovative and purposeful solutions for clients. 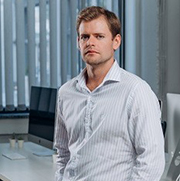 William was born in London, England. He has been involved in software development for over a decade and is a graduate of the University of Chester. William runs a local football team and is interested in traveling Europe and learning languages.

William’s in-depth knowledge of secure & high-performance software development brings many ideas to clients of DataVast Technologies. His keen interest in the latest technologies helps to drive the TourTools product forward with state-of-the-art solutions. 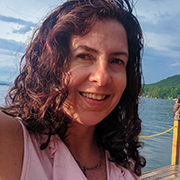 Diana graduated from the University of Minnesota where she created the second web server at the University, at the Department of Policy & Procedure, in the early 90’s and put FileMaker on the web using AppleScript – before release of commercial applications and automated processes with Excel, Photoshop, Quark, and other print production systems.

She moved to the New York area in 1996 where she worked for world renown corporations such as Omnicom companies and Tiffany & Co. developing websites with PHP and MySQL and related technologies. She specialized in FileMaker integration with various technologies and platforms including a database on Droid and MySQL backend web databases and became skilled in encryption, eCommerce, payment gateways, kiosks – including a Navy memorial at the Academy in Annapolis.

Diana is FileMaker 17 certified and plays an important role on both the TourTools web team and FileMaker development teams. She is also the QuickBooks integration expert at DataVast Technologies. She enjoys traveling with her teenage son, hiking, biking, swimming, skating, skiing, reading, and playing piano in her spare time. 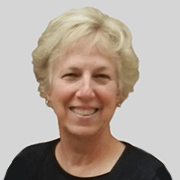 Lynne serves as lead trainer for TourTools®.  With more than 30 years in the group travel industry, Lynne served as Vice President of Operations for a large Grand Rapids, Michigan based European tour operator, and became an end-user of TourTools® while working in offices in Houston, Texas; and Columbus, Ohio. During that time, Lynne was involved in the selection, installation and implementation of several reservation and network systems; and spent a great deal of time on staff training, troubleshooting and problem solving.

For 10 years, Lynne worked in technical support and training for TourTech Systems, Inc. This combination of travel industry experience and technical knowledge brings a unique perspective to her work with TourTools® clients.

Not surprisingly, Lynne has traveled extensively in the US and abroad. Her favorite destinations are those with historical significance, and – being a huge fan of Frank Lloyd Wright – she loves to visit sites designed by the famed architect.

This site uses cookies. By continuing to browse the site, you are agreeing to our use of cookies.